Do You Have Plastic Surgery on Your Mind? 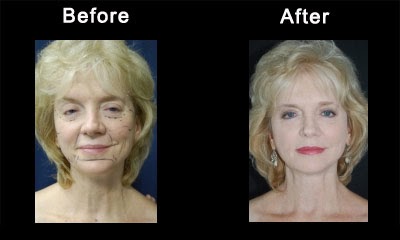 There are thousands of accident victims who either sustain burn injuries or scars on their faces every year. Procedure of Tissue replacement which more commonly is known as “Plastic surgery” comes as a big relief for such patients. Through this procedure the patient not only gets psychological peace but also a well restructured facial skin and bones.

Historical evidence of basic reconstructive or cosmetic surgery is found among Romans who used to repair ears. Also way back in 800 B.C. an Indian surgeon ‘Susrutha’ is known to have used skin grafting methods for nose reconstruction.

Further advancement of science by mid 15th century saw special designed instruments being used by doctors for conducting a nose job operation. However the doctors were only able to master the procedures of flap surgery and microsurgical transfer of tissue by World War 1. Soon after the procedures of Breast reconstruction, foreskin restoration, sex reassignment surgery and mucosa defect became prevalent in medical fraternity.

Before deciding to go for a Plastic Surgery one should gather few details which are suggested as follows. It is very important to know about the Doctor/Surgeon who will be performing on you and whether is well qualified and earns all necessary certificates for carry that specific surgery. You can also speak to other patients on whom the doctor has already performed similar surgery and take account of their feedback.

Secondly, it is recommended that facts related to cost and other related expenses should be made clear up front to you by the hospital authorities. Also ascertain that the medical centre or the hospital where the surgery is due to be preformed not only holds a valid license to do so but also is recognised by the state or federal government. It is also a good idea to let doctor explain you in details how and what procedures will be performed on you in detail.

Thirdly, you should also enquire about the kind anaesthesia which will be required during the surgery. Anaesthesia can be managed locally or generally, meet the Anaesthetist and discuss with him in detail

Last but not the least it is very important to know about course of action if anything goes wrong during the procedure. The damage can be either temporary or a permanent one. Also enquire about the post operative medicines and for how long will they need to be taken and how soon you could get back to follow your normal routine.

One should get answers to all of the above and only afterwards decide whether to go ahead for the surgery or not. Wishing you all a healthy life.