Cosmetic Surgery Is Not Just For the Rich 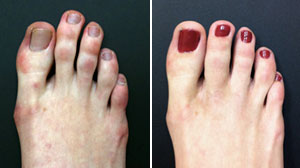 These days, cosmetic surgery is not just for the rich and famous. In previous times, many people thought that facelifts, breast enhancements, and liposuction were only for movie stars and politicians. Today, many of your neighbors and family members have probably had a few nips and tucks performed. The reasons for a rise in plastic surgeries are varied. Procedures have become more commonplace because they’re safer. Because of the media and internet access, more people are aware of what is possible. After seeing your favorite reality star morph from average to stunning because of plastic surgeries, you might consider a makeover for yourself. Surgical procedures can now be financed which makes the practice more accessible to average citizens. A variety of procedures are especially popular with the masses.

Facelifts have become extremely popular because of the aging of the population. There are different versions of this operation. The classic facelift is also called a rhytidectomy. This operation lifts the sagging jowls and lower 75% of the face to create a more youthful appearance. Other procedures may be done simultaneously or instead of the rhytidectomy depending on the sagging areas of the patient’s face. For example, a neck lift tightens up the neck region; the brow lift tightens the forehead; and the blepharoplasty tightens the skin around the eyelids. Since all individuals’ faces are unique, the cosmetic surgery techniques used to correct their flaws will be unique, too.

Breast enhancements are also popular. In this cosmetic surgery category, there are augmentations, reductions, and mastopexy. Augmentations are the operation used to create larger, fuller breasts. With this procedure, the surgeon will make an incision in a discreet location such as beneath the nipple, in the armpit, or under the fold of the breast. Into the incision, the doctor will slip an implant filled with either silicone or saline solution before suturing the area closed. Reductions are often paid for by medical insurance because they alleviate problems caused by oversized breasts. Mastopexy is a medical term for a breast lift. Sometimes a mastopexy is performed with an augmentation in order to create a fuller, perkier appearance.

Liposuction is another sought after technique. Because so many individuals are plagued with fatty deposits that haven’t responded to dieting or exercise, they turn to lipo to sculpt away the fat. With this technique, surgeons use a cosmetic surgery tool called a cannula to suction away adipose tissue, another name for fat. This may be combined with a tummy tuck or performed on its own. Liposuction procedures are most commonly performed on bellies, hips, thighs, upper arms, male chests, and even double chins or chubby cheeks.

With the amazing results obtained through cosmetic surgery, many more individuals in all socio-economic brackets, of all ages, in every state in the nation are having nips and tucks. Because the media and internet “before and after” photos allow us to see what’s possible, and financing is available, there’s no reason to live life with figure and facial flaws anymore. Beauty isn’t just for the rich; it’s for all of us.